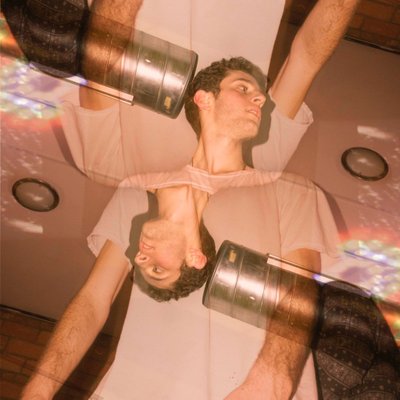 Give us your bio I’m a 20 year old artist/producer originally from Rockville, Maryland currently based out of Columbus, OH with my artistry collective, The Cold Collection. Originally finding a passion for poetry in my younger years, I began writing music while simultaneously teaching himself how to produce in 2015—however, my first work didn’t drop until 2016. Besides just being an artist, I’m is also a 3rd year student attending The Ohio State University pursuing a Bachelor of Science degree in Public Policy and international relations. I’m 100% Greek and I’ve got a dog back home in Maryland named Ella who I actually share a birthday with.

Who are your top 5 influences? Hard to say, because I have a lot of different influences for many different reasons. I’d say my top 5 would include Kid Cudi –he got me through a lot of different periods in my life Logic—he’s also from Maryland and is the prime example of a success story. Kendrick Lamar Mac Demarco –his style and overall demeanor I really like, he’s just himself and that’s what I always strive to be. Tame impala—they’ve inspired a lot of the alternative elements I’ve tried incorporating in my music, especially throughout Braindead.

When are your new projects coming out? Maaaan, I don’t want to give away any top secret information but The Cold Collection has been working on our collaborative discography as well as some singles here and there. In terms of my own personal projects, I’ll probably be releasing mostly singles for 2018 while I work on my debut album. I honestly don’t know when it’ll come out yet, it’s important not to rush anything with a debut solo project.

What helped you get into music? I used to write a good amount of poetry in high school and I attempted to write some songs as well but I tried to be low key and not really tell anybody about it. I guess just listening to some of my favorite artists for a while I began to study their lyrics and delivery and just started experimenting from there. Also getting involved with OSU freestyle and beatbox club my freshman year (which I’m now the president of), I met some of my best friends and a lot of people I currently make music with. A lot of factors played a large role on how I got into music at the time I did, but I’ve always had a passion for it and I think that’s most important in anything you go after.

What is one thing you would tell your fans? To understand that I’m just a pretty average, normal dude with a lot of stories, emotions, and experiences to tell. My favorite part of all this is telling stories in my songs that people can relate to, I try to talk about normal, everyday things we all experience or have experienced at some point. I’d also tell them to not be afraid to go after whatever creative thing they want to do—I was scared of what people would think of me making music for too long, so I eventually reached a point where I wanted to do what made me happy, and it was that.

What are your biggest goals for 2018? I have a lot of goals for 2018, it’s a pretty important year for me. First off, I want to finish off school strong and stay on pace to graduate this December (which I’m planning on doing), in addition to that though, as it pertains to music, my biggest goals are to tour, get this album finished up, and most of all, just spread my music as far as I can across the world—I’d love nothing more than to be heard worldwide to a point where I can make music my primary profession and use my success to better the lives of those people in my life that have always had love for me and believed in me.