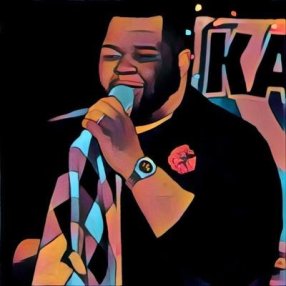 Taurean la‘Del (Taurean Williamson) is an upcoming neo-soul and jazz artist in the southern region of Mississippi. Taurean was born and raised in Waynesboro,MS where he was brought up in the church singing. Although gospel will forever be his musical roots, he knew that his gift was bigger than the church choir. The love for his specified genre of music grew heavy in his college career. This was the time that he started to branch out and realize that “feel good music” is what he preferred.

Some of my influences in entertainment were artists such as Smokie Norful Michael Jackson Kim Burrell Whitney Houston American Idol winners Ruben Studdard and Fantasia Barrino. In my household growing up we really didn’t listen too much secular music. Matter of fact a lot of times I had to sneak around to find music other than gospel. My mother was fine with me listening to Michael Jackson. I probably had every album by him. Those American Idol winners were some of the elite winners in the first couple of seasons of the show. I can remember sitting back with my mom and we have about 3 different phones pressing buttons trying to vote for Ruben and Fantasia. It excited me so much because I knew that I could do the exact same thing. they were regular people just like me.

On May 7, 2016 Taurean‘s very first single “Be the One” was release on every digital outlet across the world. This single was influenced by the lack of love and loyalty in music today. His single paints a picture of complete faithfulness and companionship for a love he yet has.
Taurean‘s most recent project is  truly a work of art. As a matter of fact that’s what it is entitled. “Work of Art” will be released November 18,2016. Pre-orders are also available on itunes and google play. The artistry described in this single is immaculate. With a pen and pad,his canvas, Taureanexecuted lyrics that people of all races, genders, and sexual preference could relate to.

Neo-Soul is a mixture of smooth R&B and soul with a hint of jazz. This music is sometimes overlooked. Taurean‘s ideal goal is to help keep this music alive whether the time is now or later. A lot of times the world miss out on true love stirring music. He wants to bring that sense of warmth and soul back to the hearts of people. One of his favorite quotes is “God gets the glory, and I have fun”. He is a firm believer that his gift will make room for him.

What helped me get into music?

I grew up in a musically inclined family. My aunts are Powerhouse gospel singers and I   have cousins all over this world pursuing their musical careers. I started playing the piano at age 3. I grew up singing in church choirs and high school choirs. I attended Pearl River Community College and William Carey Uni. where I started working towards my music education degree. While I was in college I also was apart of various singing groups. Music is in my bloodstream.

One thing I would tell my fans.

Never stop chasing your dream, eventually the thing that you are most after will become your reality. I’m a simple person with a huge dream. It brightens up my day when someone tells me they love my music. I just ask all of those who are fans of myself to please continue to support, I can’t do it with out you all.

With 2016 slowly coming to an end, I must say that I have achieved my goals for this year. I have to released my music nationally and internationally. I also wanted to start branding myself as an artist. Even though theses goals might seem small to other people, they are huge to me. I quit my nine to five to do my dream job full-time.